The Crane & The Crocodile

3Min—€”Crane&Crocodile from Miriam Wolodarski on Vimeo.

Crane & Crocodile are Rosemary Hannon and Miriam Wolodarski, two shape-shifters adrift in the performance of contemporary life. In Domestic Interrogations, we sift through inherited aesthetics, inevitable influences, constructed identities and conflicted responsibilities, searching for new notions of value and meaning, turning up old mysteries and abominations.
This project is in perennially in process: performances are work in progress. 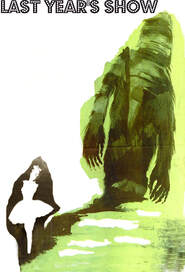 LAST YEAR'S SHOW
​​The Finnish Hall, Berkeley, CA, July 2017
In 2017 and Crane & Crocodile, Rosemary Hannon & Miriam Wolodarski, two shape-shifters ever grappling with current onslaughts of identities, power struggles, and catastrophes, revisited Domestic Interrogations with another sweet, surreal, sisyphean dance attempt to pick up the pieces in “Last Year’s Show,” the duo’s third full-length collaboration asks: how do we keep on dancing, despite it all?

This exchange was motivated by Tomasz's idea to share the piece Crane & Crocodile 2.1.: Domestic Interrogations with the Kraków arts community. Domestic Interrogations is a piece about two shape-shifters adrift in the performance of contemporary life. In it, two women sift through the influences that have shaped their aesthetics, dredging up the political, economic, and social components of the formal, the beautiful, the artistic. It is a piece that responds to current events. We saw many parallels between the political climate in contemporary Poland and the U.S., particularly as concerns the rise of the extreme right and attacks on women's reproductive rights. Bringing this work to Kraków was a step towards instigating vital conversations that build international solidarity between artists investigating the politics of the body.